The Minnesota Supreme Court recently issued what could turn out to be a significant opinion on the legal standard governing sexual harassment cases under the Minnesota Human Rights Act (MHRA).   At issue in Kenneh v. Homeward Bound, Inc. (Minn. 6/3/2020) was whether the requirement that workplace harassment be “severe or pervasive,” adopted from federal case law under Title VII, should continue to be applied under the MHRA.     The plaintiff argued the Minnesota High Court should abandon “severe or pervasive” because it is “notorious for its inconsistent application and lack of clarity.”   Supporters of the plaintiff’s position submitted a brief arguing the standard should be changed because federal courts tend to interpret the severe or pervasive standard “archaically.”  What they mean is that courts judge what is or is not severe or pervasive based upon acceptable workplace conduct 30 years ago when the standard was adopted.   What may have been tolerable then, however, may not be tolerable today.  As a result, plaintiffs contend, employers unfairly escape legal liability for offensive conduct that is harmful to employees and has an adverse impact on the work environment. 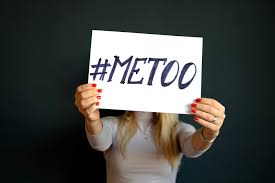 Generally, the severe or pervasive standard has been helpful to employers defending claims of sexual harassment.    Precedent in almost every federal circuit imposes a high bar for a plaintiff to satisfy the severe or pervasive standard.   There are countless examples in which courts characterize offensive words or acts of sexual nature, directed at other employees, as “well beyond the bounds of respectful and appropriate behavior,” “improper,” or “obnoxious and disgusting,” and even “reprehensible.”   Still, courts often find, as a matter of law, such conduct is insufficiently severe or pervasive to violate Title VII.    Courts are reluctant to transform the laws prohibiting discrimination into “civility codes,” or to act as “super personnel departments” that police the minutiae of employee behavior.    Even though severe or pervasive as applied in federal courts may not impose legal liability on all intolerable behavior, there are good reasons to maintain the standard. In the end, the Minnesota Supreme Court decided to keep “severe or pervasive” as the standard for sexual harassment cases, stating that, the plaintiff “has not presented us with a compelling reason to abandon our precedent.”   But, after stating the precedent would be maintained, the Court went on to state that “severe and pervasive” would not necessarily mean now what it meant in the past.  The Court wrote: “For the severe or pervasive standard to remain useful in Minnesota, the standard must evolve to reflect changes in societal attitudes towards what is acceptable in the workplace…[t]oday, reasonable people would likely not tolerate the type of workplace behavior that courts previously brushed aside….”

What are the practical implications for employers of a ruling that with one hand maintains the status quo, but with the other changes the meaning of the status quo?    One likely consequence is plaintiffs will try to avoid whenever possible suing in federal court.   In the federal courts, judges have traditionally played a gatekeeper role, determining the boundaries of what does and does not create a hostile work environment, and dismissing many cases that fall out its prescribed boundaries.    But the Kenneh opinion specifically warned against courts “usurping the role of a jury when evaluating a claim on summary judgment…[s]ummary judgment is a ‘blunt instrument’ that is ‘inappropriate when reasonable persons might draw different conclusions from the evidence presented.’”  In Minnesota state courts more harassment claims will survive summary judgment, which means employers will have to try or settle more of these claims.

Why is Kenneh important outside Minnesota?  Most states, including Iowa, have also adopted the federal severe or pervasive standard to evaluate harassment claims under their own anti-discrimination laws.    There is little doubt plaintiffs in other states will urge their High Courts to follow the “evolving” standard the Minnesota Supreme Court adopted in Kenneh.  Over time, federal courts may even follow suit.   Unfortunately for employers, changing from what once a fairly predictable standard to one that is allowed to “evolve” one jury at a time is essentially the same as having no standard at all.  The result is less clarity and less predictability for employers and litigants.

Fortunately, many employers are ahead of the curve and are already prepared to deal with the evolving standard the Minnesota Supreme Court adopted.   In the last few years, more and more employers have as matter of policy or practice become less tolerant of bad behavior that may have been overlooked in the past.    An anti-harassment policy consistent with best practices will almost always be stricter than the traditional severe or pervasive standard.   An employer that wants to avoid claims must make sure its policies are up to date, its training regular and effective, and its HR personnel responsive.