Many employers use job applications that ask applicants to disclose their salary or wages at prior jobs.   Sometimes the question comes up in an interview. Employers have many potential motives for asking the question: perhaps to determine what compensation the applicant will expect if hired; to determine whether the applicant would fit within the position’s existing compensation structure, or to ensure the salary offered is not too little, or too much.

But, it may be time to stop asking questions about prior pay.  Thirteen states and many municipalities have enacted laws barring or limiting an employer’s right to inquire about an applicant’s past wage or salary history, or relying upon such information in determining the salary to offer a new employee. The premise underlying these laws is that is women have generally lower pay than men for similar jobs because of historic pay discrimination. Therefore, allowing reliance on prior pay in setting a new salary has the effect of perpetuating the gender pay gap. Although such laws have faced legal challenges on First Amendment grounds, the U.S. Court of Appeals for the Third Circuit ruled in a recent high-profile opinion, that Philadelphia’s ordinance barring inquiry into applicant’s prior wage history does not violate the First Amendment. See Greater Philadelphia Chamber of Commerce v. City of Philadelphia (3rd Cir. 2-6-2020).  In the wake of the Third Circuit’s ruling, it would not be surprising to see more states and localities enact these kinds of laws.

Even in those states where the law does not expressly prohibit an employer from asking about an applicant’s wage history, employers who ask about prior wages should re-consider whether continuing the practice is worth the legal risk. A recent opinion from the U.S. Court of Appeals for the Ninth Circuit highlights the potential legal liability employers face when asking about or relying upon an applicant’s prior pay history.

The case is Rizo v. Yovino, (9th Cir. 2-27-2020). it involved a challenge to a pay disparity between a female math teacher and male math teachers under the federal Equal Pay Act (EPA).  The EPA prohibits an employer from paying female employees less than male employees (and vice versa) for substantially similar work, which means work that requires equal skill, effort, and responsibility, and which is performed under similar working conditions.   The Iowa Civil Rights Act has similar provisions concerning equal pay for equal work.

The EPA allows wage disparities between men and women for substantially equal work under four circumstances. The exceptions apply where the disparity is based on, 1) a seniority system; 2) a merit system; 3) quantity or quality of production; and 4) any other factor other than sex.   It is the fourth exception that has resulted in the most litigation, and was at issue in the Rizo case.

The Fresno County Office of Education hired Rizo as a math consultant. She had thirteen years experience as a middle and high school math teacher, and a master’s degree.   Fresno County set new employee salaries based upon a pay schedule that had 12 salary levels that corresponded to a job classification. Each salary level had up to 10 steps.   To determine a new employee’s pay, the County started with the employee’s prior salary, added 5 %, and placed the employee at the step on its pay schedule that was closest to that number. Rizo was placed on Step 1, level 1 when she started, at a salary of $62,133.   In 2012, after working at Fresno County for three years, Rizo learned that a newly hired male math consultant was hired at Step 1, level 9, with a starting salary of $79,088.   That was more than Rizo’s salary after working there for three years.   She also learned all male math consultants were paid more than she was, even though she had more education and experience.   Rizo did not obtain any relief when she complained to HR, and ended up filing suit against Fresno County, alleging that its decision to pay her less than her male colleagues who did the same work violated the EPA. 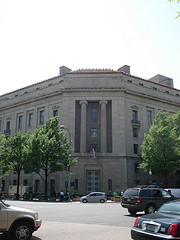 The legal issue was whether Fresno County’s reliance on Rizo’s salary at a prior job to justify paying her less than male colleagues who did the same work qualified as “any other factor other than sex.”   Fresno County’s defense was that it applied its pay scale to all new employees regardless of sex; therefore, by definition, its decision was based upon a factor “other than sex.”

But, the court did not interpret the language so broadly.   The court concluded that the fourth exception, “any other factor other than sex,” must be interpreted in the context of the first three exceptions, all of which relate to the job being performed. The court held that Fresno County’s reliance on Rizo’s pay at a prior job to determine her salary was not a factor that related to Rizo’s current job.   Even if factors in addition to prior pay are considered, the court ruled, relying upon prior pay even as one factor violates the EPA.

In the Ninth Circuit, therefore, pay disparities between men and women in substantially similar jobs that are based, all or in part, on the employee’s pay at a prior job, are impermissible under the EPA.  No other circuit has yet adopted the Ninth Circuit’s strict approach, so this decision is not binding elsewhere.  But, the ruling could set up a Supreme Court challenge to resolve the differing approaches in the Circuits.   In addition, Plaintiff’s lawyers are likely to rely upon the Ninth Circuit’s ruling to challenge pay disparities under State equal pay act statutes, regardless whether other federal circuits follow the Ninth’s lead.

Given the unsettled legal landscape, employers should consider whether asking about prior pay is really essential in their hiring practices.   Sometimes the question about prior pay is asked just because the employer has not updated its application, or uses a form purchased from an office-supply store.    There remain many other factors other than sex that an employer can permissibly rely upon in setting a new salary, such as years of experience, education, and skills.   Even if prior pay is sometimes a proxy for those items, they can also be evaluated without reference to prior pay.    if pay disparities between men and women in similar jobs exist, having merely asked the question about prior pay sets you up for potential legal challenge.   If you don’t ask about prior pay, you won’t know, and can’t be accused of relying on it.